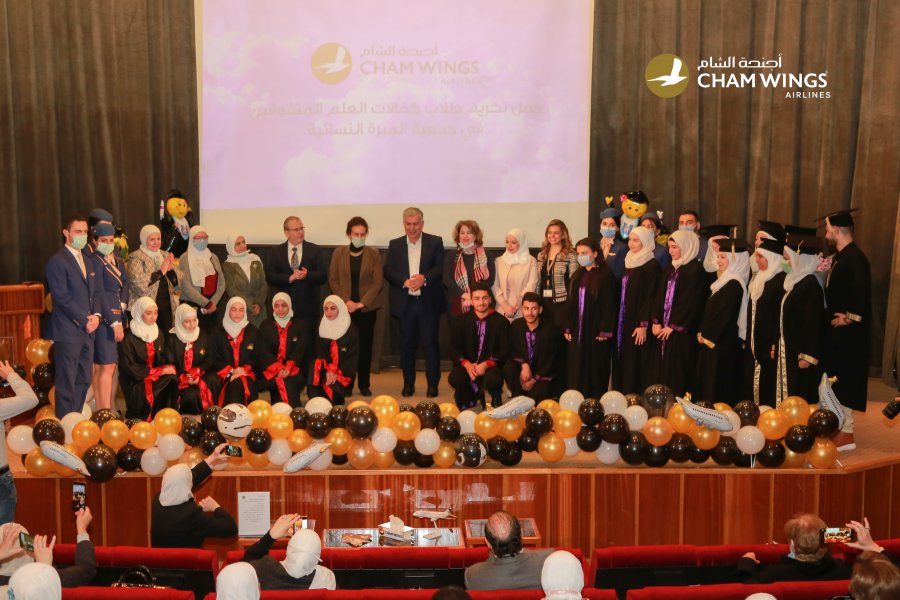 Starting from our belief in the importance of education for the development and building of our country, and based on our social responsibility towards Syrian youth.

Cham Wings Airlines honored the outstanding students of the year 2019-2020 in Al-Mabarrah Women’s Association with the participation of the Minister of Social Affairs and Labor Dr. Salwa Abdullah, and the representative of the Minister of Culture on Al-Assad National Library Theater. 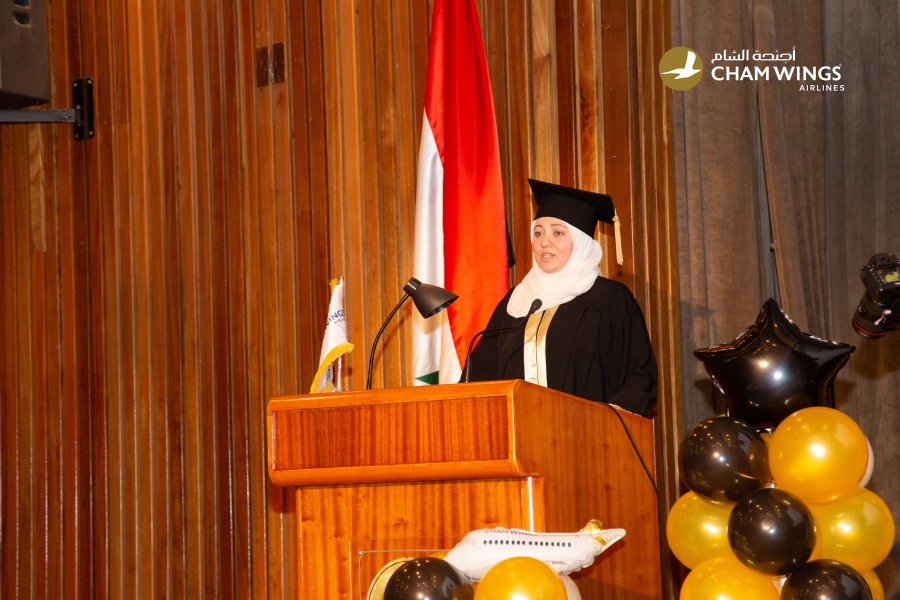 The ceremony included the honoring of 7 college graduates and 10 students who earned secondary and bachelorette degrees. In addition to displaying short videos demonstrating Cham Wings charity work through out the years and Almabarra charity work.

Moreover, two graduates, Nuhad Alyateem – English Literature and Areej Khaddour – Pharmacy, shared their inspiring stories as they are both mothers and breadwinners for their families.

From her side, the Minister of  Social Affairs and Labor Dr. Salwa Abdullah, said that the ceremony is a form of social solidarity which is the ground base of our lives that started with the foundation of the Syrian polity adding that the patriotic business men and economic corporations including Cham Wings has played a major role in this field.

Mr. Ossama Satea, the manager of Business development and Public Relations in Cham Wings Airlines, said that the company since its foundation, supports charity in many fields and especially in education for its major role in building the community.

Also Mr. Nizar Suleiman, the Commercial Director emphasized the importance of honoring the students, adding that the company supports all kinds of cultural and sports activities especially in this difficult time that demands the hard work of all parts of the society. 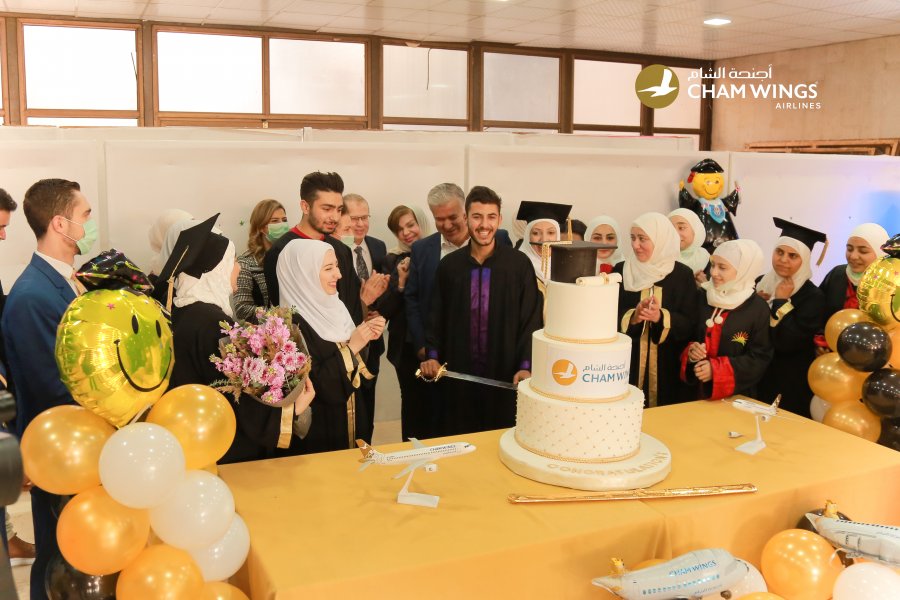 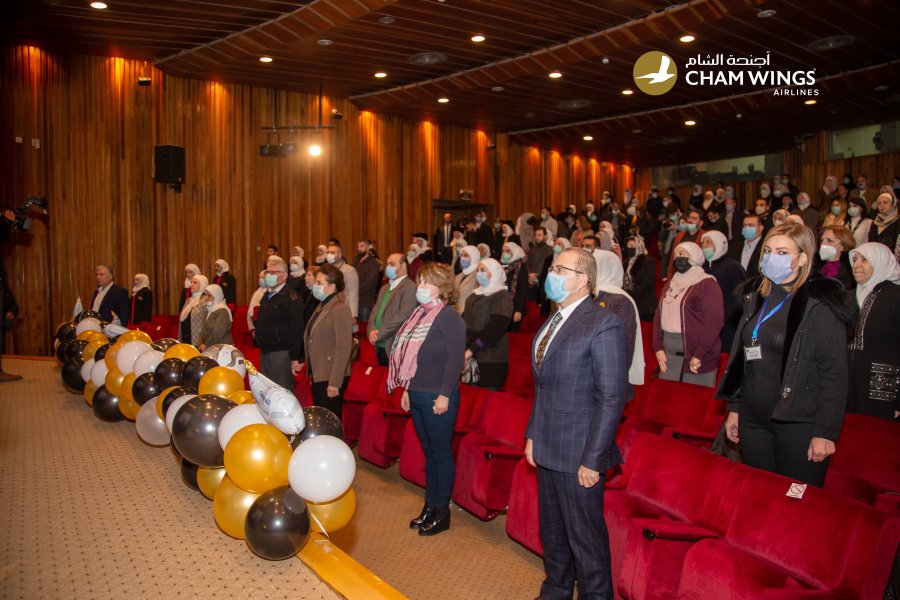 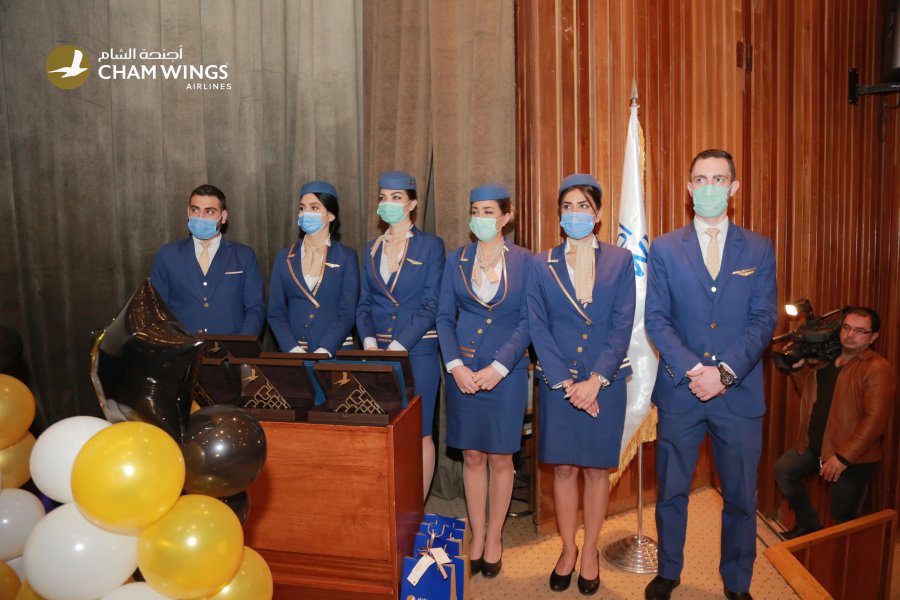